Two weeks ago, I wrote about how I was learning to put playfulness back into playing my violin. It got me thinking about how important playfulness is in my life. Whether it’s wearing fairy wings to work, dressing up in a prom dress just to dance around my apartment, hanging crayon drawings on my walls, or building fairy houses, play finds its way into almost every major area of my life to some extent or another.

But nowhere is it more important than in my spiritual practice.

When I work a spell, celebrate a holiday, perform a ritual, read tarot cards, scry, or peruse religious texts, I deliberately approach the process with a sense of play. I try to never take any of it too seriously because I have found that somberness kills.

Christianity is filled with a fear of light-heartedness. It’s so taboo that “church laughter” has come to mean “uncontrollable laughter at an inappropriate time.”

[Edit: Some have pointed out that my above statement is vague. I do not mean to imply that all of Christianity is afraid of all light-heartedness. Rather it holds a phobia of irreverence and a fear of laughing at itself. In my experience, Christians of all denominations hold certain things to be outside the realm of laughter, whether it be the Virgin birth, Cross, Resurrection, or any other doctrine. That’s not to say that there are no open-minded Christians capable of laughing at themselves and their beliefs, merely that the lack of brevity is much more common in the interactions I have had.]

The sect that I grew up in was even more burdened by a phobia of playful spirituality. Communion was an affair wrought with terror because taking it with a flippant attitude could potentially result in my death, or so I was taught. Making fun of the sacred was a sin—a sin potentially unforgiveable if it was bad enough to insult the Holy Spirit. Even laughing at the foibles of a pastor was discouraged with terrifying stories about children who were eaten by bears after disrespecting a prophet.

Therefore, my first acts of freedom and exploration were tentatively making fun of my religion. It was terrifying and liberating to a degree that would seem absurd to anyone who hadn’t grown up with such taboos. 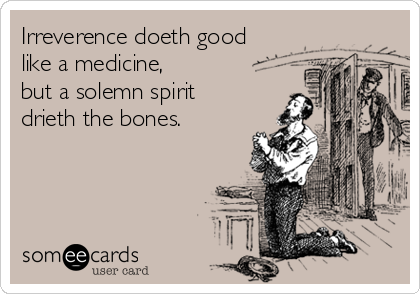 Today, the things you’ll hear out of my mouth make even atheists gasp in shock. It feels great to ridicule what I was taught was too sacred to question. But here’s my secret, I don’t hate Christianity as much as my ridicule would suggest.
What I hate is the mindset that you have to be scared of irreverence.

I definitely didn’t want to carry that fear over to my new spiritual practices, so I turned it into play time—a time to let my imagination make believe whatever it wants. Staring into a scrying mirror, I’ve met beautiful elves. I’ve eaten cakes with fairies and played hide-and-seek with brownies. One of my favorite meditations is actually wrestling with one of my totems.

Even the “serious” stuff gets lightened up with dramatic displays that make me feel just a little bit silly—just enough to take the edge off.

That’s not to say there is never any darkness. I’ve written about embracing the shadows before. A lot of my spiritual work is healing my own trauma. It can get grim and scary. A simple meditation can leave me crumpled on the floor in tears because my subconscious decided to bring up a memory and say, “listen to me.”

But the presence of solemnity is all the more reason to keep play integral. Play gives me the freedom to explore without the need to get the answers right away. It relieves stress, allowing me to approach the shadows with anticipation rather than anxiety. It shuts down the overly critical, cynical, “adult” voice in my head so that I can contact the parts of me that aren’t so vocal.

In other words, play is what makes spirituality work for me because it frees it from the limitations of expectation.

Developmental classes will teach that play is vitally important to growing up because it’s the means through which children learn about their world and themselves—it’s what makes them so adaptable.

I don’t necessarily think that is only true for children. I think adults need play too. I think the more difficult life gets, the more desperately we need a playful approach. If spirituality is meant to help us deal with the aspects of life that feel out of control, then it is only natural that play should be part of that. 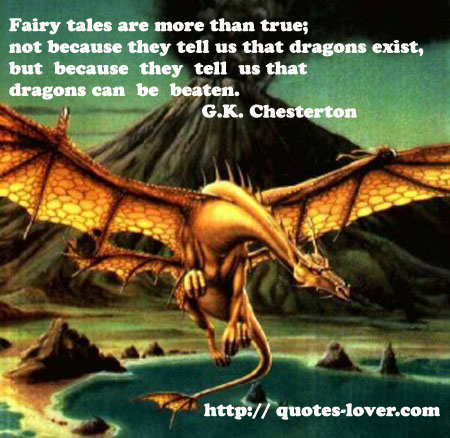 People assume that playfulness is immaturity, shallowness, or naivete. They couldn’t be farther from the truth. Playfulness, imagination, and brevity are essential to any truly serious project.

Without them, solemnity drowns the soul.